Who will win the Open Championship? 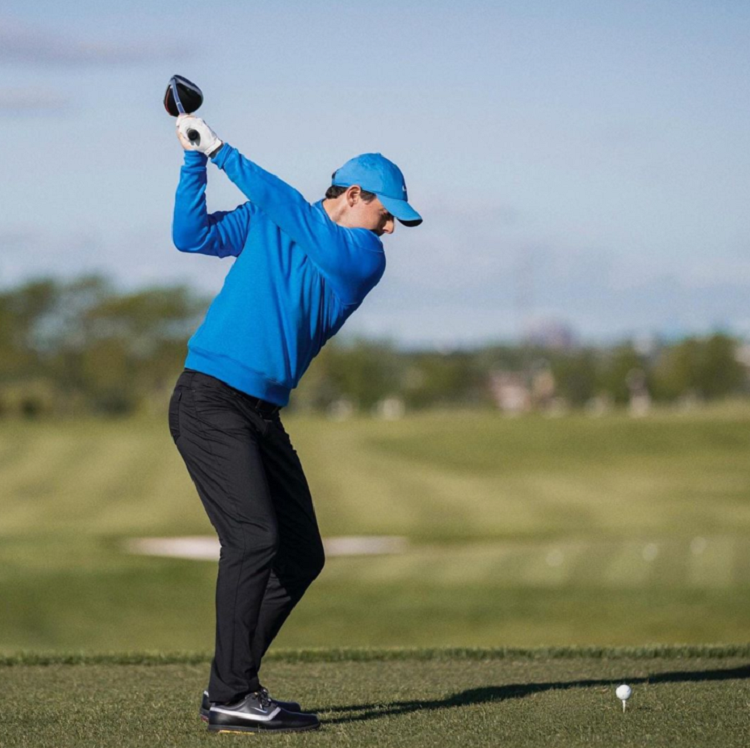 Playing in Northern Ireland for the first time in 68 years, this year’s Open Championship is the final major of the season. We asked some ClubLink members and pros for their thoughts on this historic event.

Due to a change in the PGA Tour schedule, the Open Championship is now the last of the four majors. In your estimation, does this add any importance to the event or change how people should regard it?

Matthew Belacca, PGA, Glendale Golf Club: Schedule change, in my opinion, doesn’t change the importance of this event. Probably still regarded outside the U.S as the most important major. As a golf fan, I don’t like how all the majors are all done and it’s only mid-July.

Andrew George, PGA, Station Creek Golf Club: It has no effect on the importance of the Open Championship. I feel the PGA Championship lost some steam with the calendar change. The Open is such a unique event played at some of golfs most historic venues. It’s the perfect fourth major of the season.

Mike Grierson, PGA, Glencairn Golf Club: I don’t think it changes much. For the players, there may be a little more pressure as they won’t get another chance until The Masters in 2020.

Ken Lane, PGA, Caledon Woods Golf Club: No, I believe the British Open will remain as one of the four Majors on a scale of importance and that none are more important than the other. Everyone has their favourite.

Frank Tralli, Member, Station Creek: The Open is still a great event regardless of it being the last major in the calendar year. But I actually believe that being last may enhance its reputation (at least in North America where it’s not regarded as highly as it is in Europe). It is now “Glory’s Last Shot” rather than the PGA Championship. If you’re looking to win your first major, this is your last chance until next April which seems like a long way off from now. And if a player is ever in the enviable position of going for the calendar Grand Slam, all eyes will be on the Open to see if he can pull it off.

Tiger Woods hasn’t played a competitive round since the US Open and only three events since winning the Masters in April. There is some concern that Tiger’s back is acting up again, while others believe that Tiger proved everything he wanted when he won at Augusta. What’s your take on Tiger heading into the tournament at Royal Portrush and how do you think he’ll fare this week?

Belacca: I have learned to never count out Tiger especially after his win at the Masters. However, I do think the fact he hasn’t played much as to be a detriment. I think he comes top 20, but no real noise on Sunday.

George: I have no concerns about Tigers health. He played Royal Portrush on Saturday and his swing looks great. Tiger has proved at Augusta that he is still one of the best players on the planet. He’s chasing Jack’s major record, but I don’t think he gets the win this week. Some rust will show but let’s hope he’s in the mix on Sunday.

Grierson: This is simply the new reality with TW. Whether is because of his health or because he simply wants to play less, we will likely only see him 10-12 times per year. As fans, I think we have to respect that his priorities have changes and he’s obviously more focused on his family and we will always cheer for him to win every Major he plays in until he’s done.

Lane: It is peculiar that Tiger has been shying away from the game, but chooses the British Open to come back.  Clearly, only the majors present the biggest challenge to him now.

Tralli: Tiger’s performances at the PGA and the U.S. Open prove that he is human and that you need to play competitive rounds in order to be at your best and to compete at the highest level in major tournaments. His win at the Masters was one for the ages, but he did play some competitive rounds leading up to that tourney. And he knows Augusta like the back of his hand so I’m sure that had something to do with his success. I have no idea if his back is flaring up but that does make sense since I’m sure he’d like to play more than he is in order to get locked in for the Open. My guess is he’ll make the cut but will struggle to make the top 20 due to his lack of recent competition.

Royal Portrush is largely an untested venue for most of the competitors. Max Faulkner won the Open last time it was played there 68 years ago. The winning score was 3-under and only one other player broke par. Rory McIlroy holds the course record of 61 but he shot that when he was 16. The course is tough and gnarly and doesn’t appear to favour any particular style of play. Who do you think wins the Claret Jug on Sunday and will Portrush yield a low score or more likely something close to par?

Belacca: I am unfamiliar with the course so predicting a score is tough. Weather conditions and wind usually plays a big factor at the Open, but I am not sure what they are calling for. I think the winning score will be around 8-under by hometown Rory McIlroy.

George: Let’s go with the hometown favourite Rory McIlroy. He’s a playing well and will have the crowd behind him all week. The score will really depend on the weather and wind. If the conditions are favourable, guys could go deep.

Grierson: The score is always dependant on the weather at The Open and I don’t see that changing this year. The score could be close to even par or as low as -10 if the scoring conditions are good. We’ve seen some low scores at The Open and I’m a fan of seeing lots of birdies and hopefully some “car wrecks” just to keep it interesting. Would be even better if an Irishman is in contention Sunday, the crowds can be just as much fun as the golf on a Sunday at The Open.

Lane: Rory will be very focused upon winning in front of his hometown fans and with knowledge of the golf course, be the one to beat.  Scores will relate only to weather; the worse the weather, the higher score.

Tralli: The last time Royal Portrush hosted the Irish Open, it was in 2012 when the winning score was -18. The R&A has toughened up the course somewhat including changing two holes to make it more “Open ready”. So, I’d be surprised if the winning score is that low this year, especially since it will be a new test for the majority of the golfers entered in the event. As far as pick to win it, Irishmen Graeme McDowell and Rory McIlroy may have a small home course advantage. But someone who can hit it relatively long AND straight in order to avoid bunkers or penalty areas should be favoured. Last year’s winner (Francesco Molinari) seems as good a pick as any.