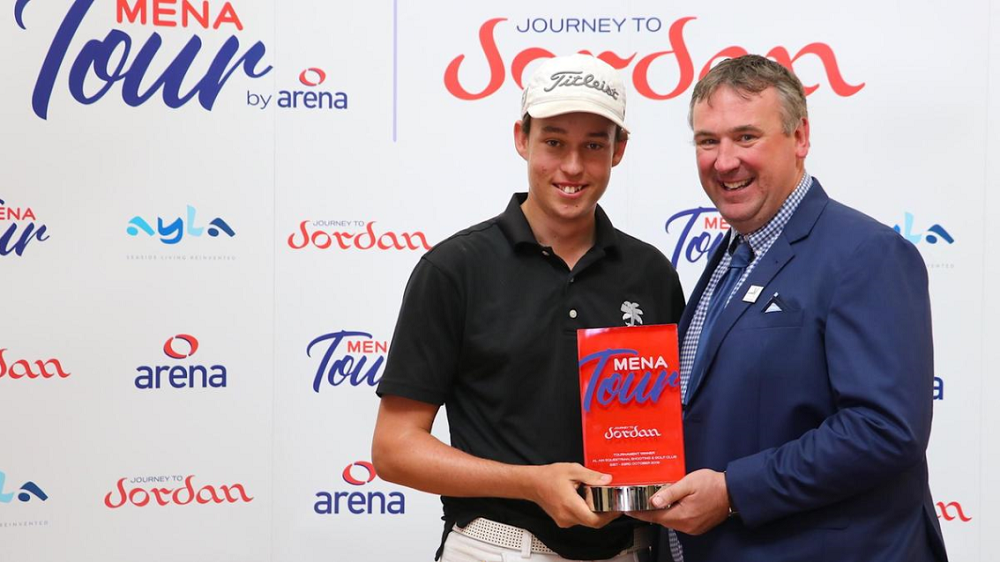 There’s Gold In That Hill

Move over, Ryo Ishikawa. Last week, 15-year-old Josh Hill became the youngest player to win a tournament with Official World Golf Ranking points on the line, breaking Ishikawa’s record of 15 years and 8 months set in 2007 by just over 30 days. Hill’s victory was at the Al Ain Open on the MENA Tour, a three-round event in Abu Dhabi that featured several notable professionals, including former Amateur Championship and English Amateur Championship winner, Harry Ellis. Hill didn’t look like an amateur at any point during the tournament. He bookended the event with unblemished rounds of 65 in the opener and 62 in the finale and poured in a remarkable 19 birdies over 54 holes to defeat Ellis by two strokes. Unfortunately, his amateur status prohibited him from accepting the £100,000 winner’s cheque, which ultimately went to Ellis. His performance, however, caught the attention of the golf world, including both Sir Nick Faldo and Danny Willett who both congratulated the phenom on his record-breaking victory. 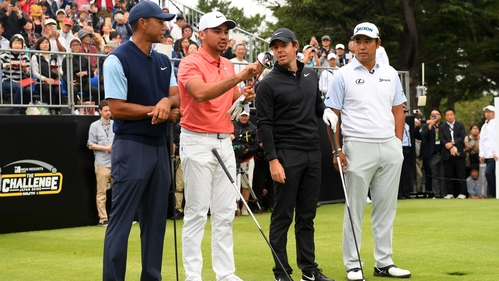 The Highlights: The Challenge: Japan Skins

Did you sleep through the “The Challenge: Japan Skins” during the wee hours of Monday morning like us? No worries. We’ve got you covered with a rundown of the more noteworthy things that transpired in the inaugural, made-for-TV event: 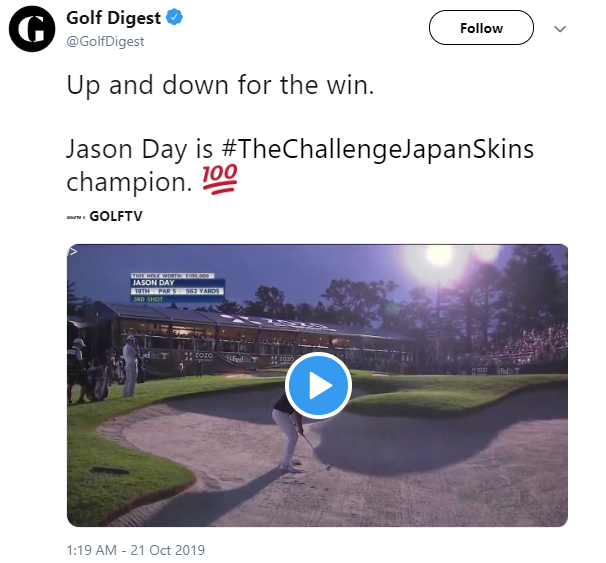 Tiger, who has endured multiple back surgeries this decade, had this to say about the celebration on the following tee: 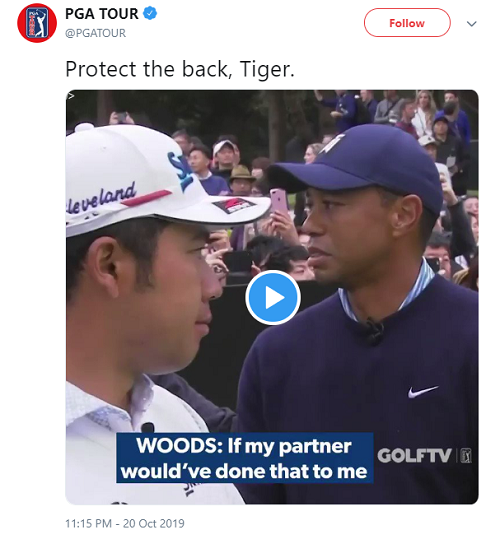 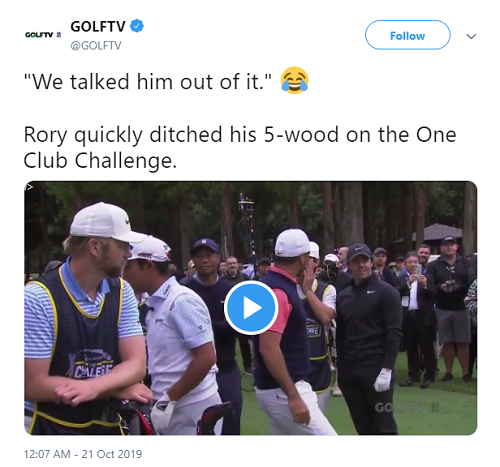 All four players used long irons for the entirety of the hole, which was refreshing to see on a par-5 and ultimately led to this terrific greenside bunker shot from Day: 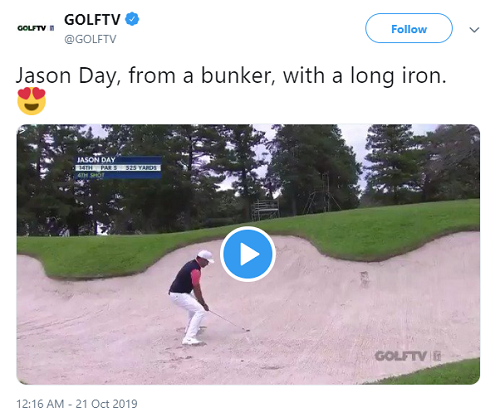 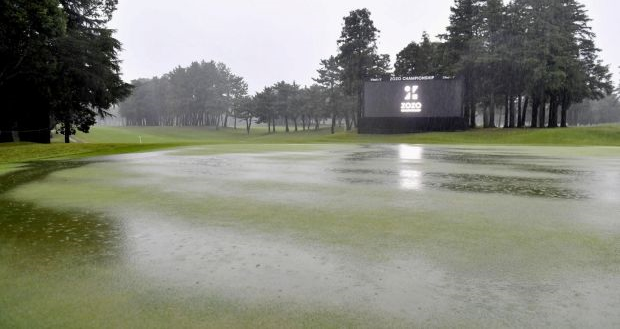 The Shortest Par 4 Ever

It rained so hard after the first round at the Zozo Championship on Thursday that play had to be suspended altogether on Friday, forcing a Monday finish. Sections of the Narashino Country Club were completely underwater with fairways turned into running rivers and greens temporarily transformed into small lakes. 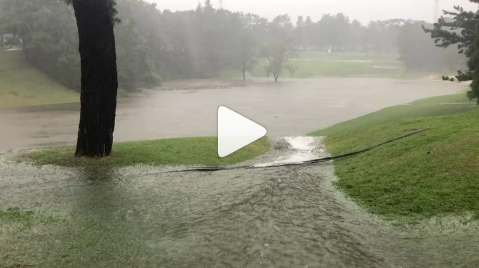 The grounds crew did its best to make the course playable for Saturday but one hole in particular—the par-4 10th—remained so thoroughly drenched that it had to be shortened to a mere 140 yards for the second round. Because, however, tournament officials wanted to keep par consistent on the course for the week, the hole remained a par 4! As you would expect, players took advantage of the makeshift setup. In total, the hole played a collective 84-under par for the day with 16 eagles, 52 birdies, and eight pars logged. Incredibly, two players managed to score worse than par on the hole. We don’t know who they were, but we can promise you that they were deeply embarrassed about it.

We don’t know who this guy is or what course it took place on, but this has to be one of the best recovery shots we’ve ever seen! 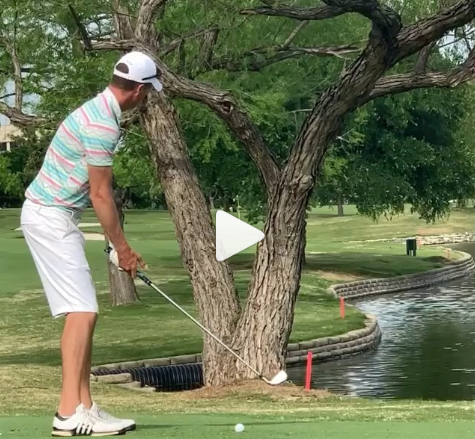 Whiffs of the Week

The strangest part of this video is that it sounds as if he made excellent contact but somehow only managed to hit the ball a few feet to the right. 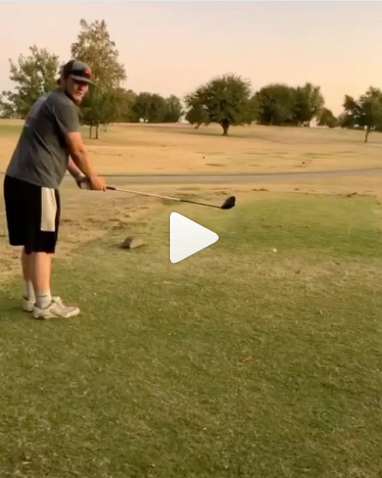 Whiffing on a pressure-filled short game shot is painful enough when you’re playing alone. Doing it front of a gallery of your peers and colleagues? Brutal. 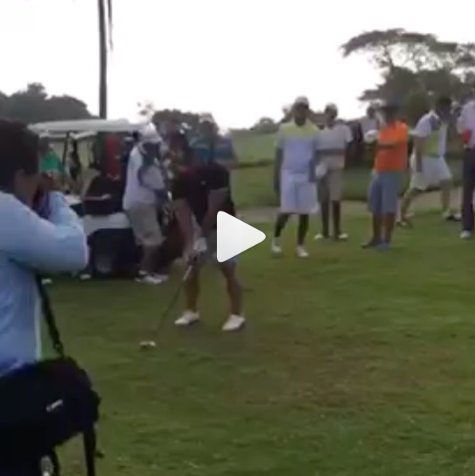 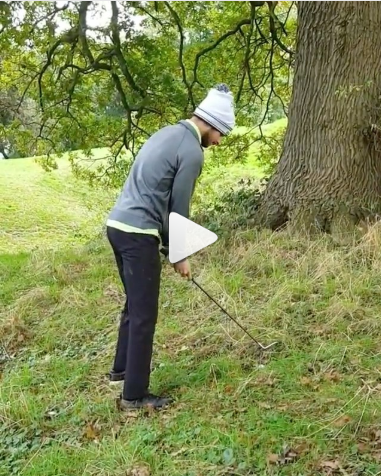