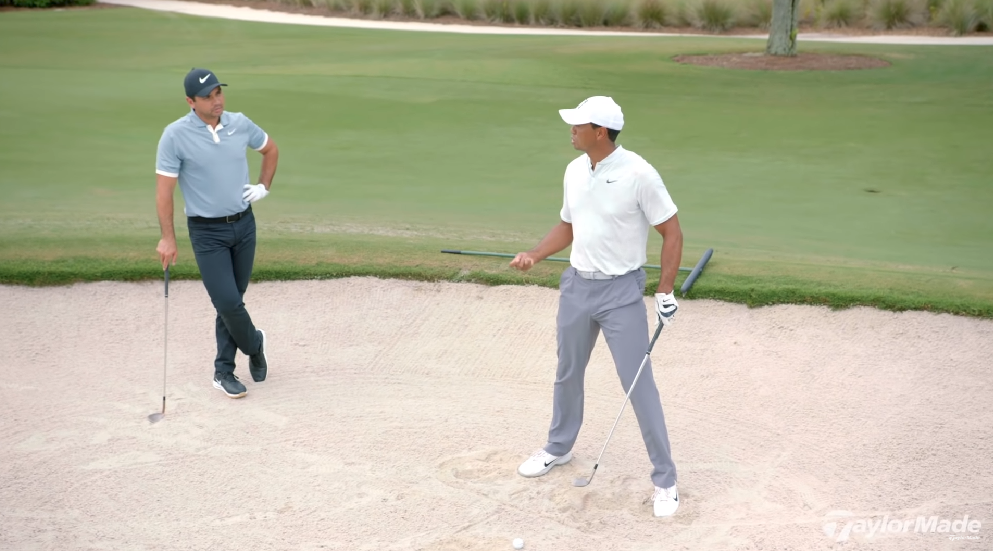 With a new calendar date (June 6-9th), a return to an iconic venue (Hamilton Golf Club), a concert series, an increased purse ($7.6 million), and an expanded field including Rory McIlroy’s first ever appearance at the event, The Canadian Open will certainly have a different feel and look this year. Canadian golf fans and PGA Tour stalwarts alike have already expressed interest in attending the event, but it might just be the caddies who have the most to look forward to. Thanks to Richmond Hill-based apparel company and tournament sponsor Levelwear, caddies will spend the week getting pampered in an onsite, outdoor “Caddy Lounge” that has been described as a “VIP experience.” Caddies will be treated to free food and drinks, including a surf-and-turf dinner on Friday night; will receive free Levelwear gear and haircuts; and will get to play Ping-Pong and enjoy complementary massages before and after rounds! Last week, the tournament released some mock-ups of the lounge, and it looks like the place to be.

In fact, we wouldn’t be surprised at all if the cameras were to catch a few of the players chilling in the caddie lounge during the week—especially Matt Kuchar, who was considered the best Ping-Pong player on the PGA Tour until Dou Zecheng unseated him in late 2017.

Other than tying for first at the QBE Shootout, an unofficial, 54-hole team-format event, and tying for eighth at the Players Championship, Brian Harman has had a pretty lacklustre year. The southpaw has missed 11 cuts in 19 starts, is having his worst putting season ever, and ranks 143rd on the FedEx Cup points list. To put that last statistic into perspective, he’s never finished the season outside of the Top 100 in his career. But there is still plenty of time left this season for Harman to turn things around and he may have gotten the catalyst he needed on Friday at the Charles Schwab Challenge courtesy of a miraculous bounce near the green on the 9th hole. Harman was one-under par for the tournament and 140-yards away from the pin when he caught a flyer out of the rough. His ball sailed over the green but reversed direction immediately when it struck the grandstand behind it and then took an improbable series of bounces back onto the putting surface. Instead of a short-sided up-and-down attempt, Harman was gifted a two-foot birdie.

Harman went on to give a stroke back with a bogey on 13, but that hop kept him in contention after 36 holes at one-under for the tournament, eight shots back of leader Jonas Blixt. He finished the tournament tied for 36th.

Eighty-nine-year-old Ohio golfer Howard Freeman made two aces in a three-day span two weeks ago at Wooster Golf Club. The aces were the third and fourth of Freeman’s career, which is simply incredible given that his first hole-in-one came at the age of 85, 45 years after he took up the game! The octogenarian, who caddied as a teenager in 1941, jarred the first of his two recent aces on May 16th, hitting a perfect 5-wood into the cup from 132 yards away. Two days later, he used a driver to ace the 3rd hole, a 150-yard par 3! Despite playing in a league night for the second ace, the 22.7 handicapper wasn’t left with a huge bar tab. “Before we teed off, one of my playing partners said that it would be a good day to get a hole-in-one because we only had six players in our playing group,” Freeman said. “So, the drink bill was only $65 and that was alright; I could handle that.”

This guy’s impression of Miguel Angel Jimenez is spot on, especially the post-shot reaction. Well done!

You have to admire the way this guy holds his finish, even if that finish happens to be several steps beyond the hitting area.

Jonas Blixt’s hole-out for eagle on Friday was pretty impressive, but there’s just something mesmerizing about this awkward chip-in that Jordan Spieth made on the 13th hole in his opening round.