One and done? Maybe not 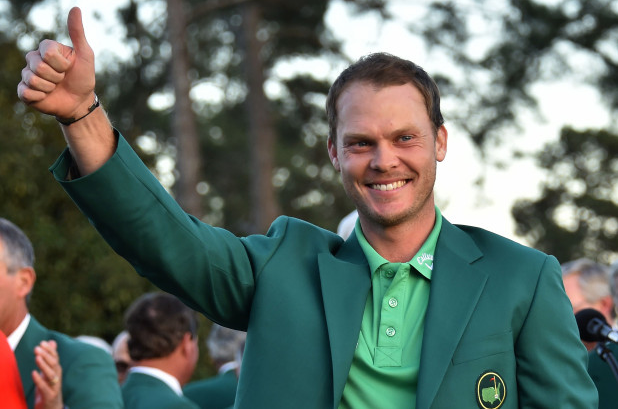 The record books show a large number of players with one major victory to their credit. For most that will be the crowning achievement to their professional career. A few are still looking for a second major. Is it likely to happen?

The golf media spends a lot of time discussing who might be the best player who’s never won a major.

In recent history, that list would surely be topped by Colin Montgomerie. The portly Scot came oh-so-close on numerous occasions, including two playoff losses and five second place finishes overall, but never managed to nab the most important hardware on sale at the time. Perhaps his angst is assuaged by winning three Senior major championships but only his analyst knows for sure.

Currently, the absence of a major title is felt most strongly by a trio consisting of Lee Westwood, Rickie Fowler and Matt Kuchar. They’re not exactly failures - they’ve all earned millions and had great careers. They just haven’t ever won the big one.

But enough about those pretenders. This article is about players that tasted major victory once and hunger for another slice of immortality.

Two weeks ago, Masters Champion Danny Willett captured the BMW PGA Championship, one of the elite tournaments on the European Tour. Nobody had heard much about Willett since 2016, when Jordan Spieth dumped his tee shot on Augusta’s 12th hole into Rae’s Creek and opened the door for the Englishman to waltz away with a green jacket. He was considered one of those one-and-done guys when it came to majors but with his recent win, talk turned to the resurrection of Danny Willett. Could he win a second major?

It’s an intriguing question but why limit the discussion to Willett. There are a lot of professional golfers that have just one major. Could any of them add a second? A look back over the four phases of Tiger provides some insight on how tough it will be and who might emerge from the pack.

Prior to Tiger’s debut in 1997 (the Before Tiger era), there are no players with just a single major title still competing on the PGA Tour. A couple still compete at a high level on the Champions Tour (Tom Lehman, Corey Pavin) but most are either retired or filling chairs on golf broadcasts (Paul Azinger, Ian Baker-Finch). None have a realistic chance of ever winning a major again.

During the Rise and Fall of Tiger (1997-2009), there were 52 majors played. Tiger won 14 of them while multiple major winners Phil Mickelson, Ernie Els, Lee Janzen, Payne Stewart, Retief Goosen, Zach Johnson, Angel Cabrera, Mark O’Meara, Padraig Harrington, Jose Maria Olazabal and Vijay Singh gobbled up another 21. That means there were 17 majors won by players with only that single moment of glory on their resume.

Some of the one-timers are well past their best before date and not likely to sashay into the winner’s circle again. (Justin Leonard, David Duval, Mike Weir, Davis Love, David Toms). They’re still competing on the Champions circuit but like Monty, will have to be content with Senior hardware.

Others have fallen off the face of the earth and nobody except the aging sports reporter for their hometown newspaper knows where they are. (Trevor Immelman, Michael Campbell, Geoff Ogilvy, Ben Curtis, Todd Hamilton, Rich Beem, Shaun Micheel and Y.E. Yang). Micheel is often derided as the poster boy for a player that played way above his head to win a major – in other words, he didn’t deserve it. That sounds harsh, because at the time he was good enough to play on the PGA Tour. But as we found out, the win was the high point of a career, not a stepping-stone to more majors or the Hall of Fame, and perhaps proof that it was something of a fluke. Nonetheless, he has a Wanamaker trophy in his living room and Monty doesn’t.

If you’re counting, that leaves four players from the Tiger era that maybe have a sniff at another major title: Stewart Cink, Paul Lawrie, Lucas Glover and Jim Furyk. One might argue that Cink and Lawrie garnered their championships because of a “major” collapse by others: 58-year old Tom Watson at Turnberry in the 2009 Open Championship (Cink), and Jean Van de Velde at Carnoustie in the 1999 Open Championship (Lawrie). That doesn’t mean they can’t find another – they were in the right spot once to pick up the pieces when someone else faltered; maybe they can do it again. Doubtful, but possible.

Furyk is 49. While he finished second at the Players Championship in 2019 and has contended at several majors in the past few years, reality says he’s destined for the round belly Tour. Glover has shown signs of resurgence as he approaches his 40th birthday later this year but he’s ten years removed from his US Open win and has no other victories since to indicate that lightening might strike again. Unfortunately, both have to be relegated to the Doubtful category when it comes to garnering a second major.

The modern era (2010-2019), also known as the Return of Tiger and Return of Tiger Part Deux, consists of 40 majors. Woods, Mickelson, Zach Johnson and Ernie Els turned back the clock to add a total of 5 trophies to their own hardware collections, while youngsters named McIlroy, Spieth, Kaymer and Koepka gobbled up 13 more. Bubba Watson found a pair of green jackets too. For anyone keeping score, that’s half the majors in the modern era won by multiple major winners.

Lest we forget, two of those guys, Brooks Koepka and Rory McIlroy, are ranked #1 and #2 in the world right now and very likely to win several (or many) more majors before they call it a day. Spieth and Kaymer are enigmas at the moment – still young enough to be world beaters but struggling to regain the form that had them on top not so long ago. Nevertheless, the foursome will be stiff competition against those looking for a second major triumph.

Twenty different players won a single major in the last 20 years. For Darren Clarke, his win at the 2011 Open Championship was icing on the cake, a final salute to an illustrious career. One and done is fine for him.

The other 19 chasers fall into three camps: Sure Things, Question Marks, and Probably Not.

The Sure Things have been so named for a long time. The primary question was not if they would win another major but when. Justin Rose, Adam Scott, Dustin Johnson and Jason Day were all tagged at an early age to be elite players and guaranteed multiple major winners. So too was Sergio Garcia. He carried the tag of Best Player Never to Win a Major for many years prior to his win at the 2018 Masters. All took their sweet time to get that first major and it remains a puzzle why they haven’t added a second. Each is at the peak of his career and oddsmakers still list them among the favourites four times a year.

Justin Thomas is another Sure Thing. With most of his career still in front of him, it would be a shock if he doesn’t join his buddy Jordan Spieth on the way to the Hall of Fame.

The Question Marks are a mixed bunch: Webb Simpson, Louis Oosthuizen, Francesco Molinari, Patrick Reed, Gary Woodland and Shane Lowry. The first two tasted major victory some years ago and most thought it would happen again soon. The latter four are recent major winners. All are top ranked players on the PGA Tour with lots of experience and each has the chops for a second major. You probably wouldn’t bet the farm on any of these guys but if somebody offers them as a package, it would be an intriguing wager.

In the Probably Not category, we find Jason Dufner, Jimmy Walker, Henrik Stenson and Graeme McDowell - flashes of hope mingled with long periods of fruitlessness. All are in their 40’s and could win again but it’s not likely. Also, in that category we can add players likely to win the Shaun Micheel Award at the end of their career – Charl Schwartzel, Keegan Bradley and Danny Willett, players that popped into our lives for a brief shining moment but were really Tour grinders, not all-stars. No more majors for them.

So, will any of the solo major winners repeat soon? My hunch says at least two of the 2020 majors will go to former winners like McIlroy and Koepka. Another will go to a first-time winner like Jon Rahm, Patrick Cantlay, Xander Schauffele, Bryson DeChambeau or Tommy Fleetwood. Unfortunately, perennial pretenders like Westwood, Fowler and Kuchar will be out on the street with their sad, weathered faces pressed against the window, while the major party goes on inside.

That leaves one major for someone to nab a second. I’d lean towards the Justins – Rose or Thomas. They’re just too good not to win.

That’s not to say the rest will be relegated to the dust bin of history. One major victory is a huge achievement and something that sets them apart from the vast majority that play the game and all of them still have many more years to drink champagne from the Claret Jug or don a green jacket.

Monty would happily trade places with any of them.