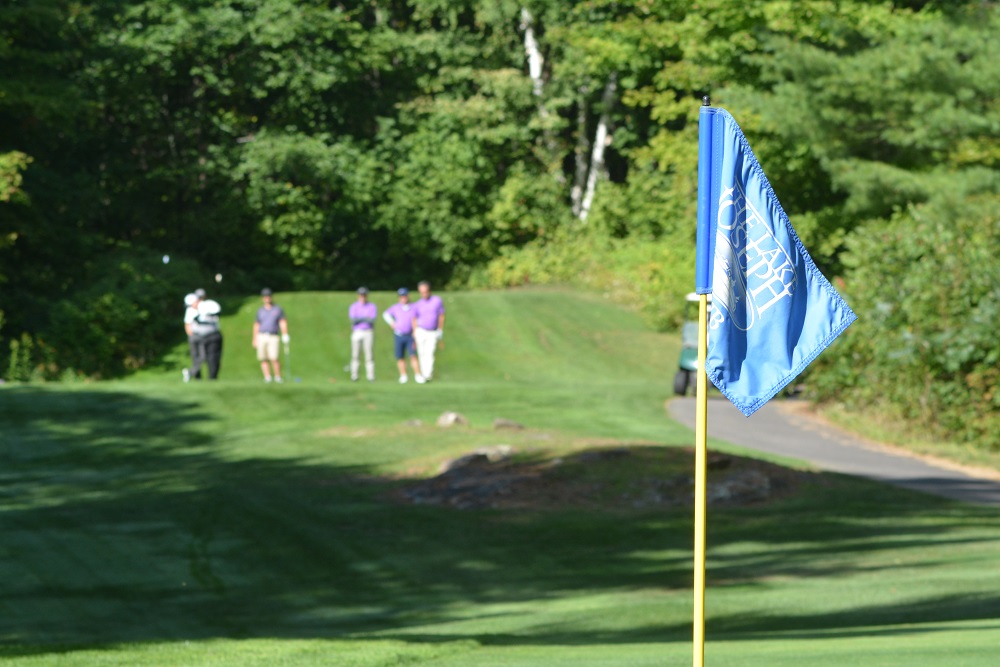 King Valley performed in all aspects at the WestJet Men’s Interclub Championship presented by Unilock at The Lake Joseph Club on September 4-5.

Playing in near perfect early fall weather conditions, King Valley ran the proverbial tables with a playoff victory for the overall Men’s Interclub Championship Final. In addition, two members won WestJet flights for 2 travellers and they added 500 points to their season-long total in the race for the ClubLink Cup.

After 45 holes of regulation play, two rounds on the championship layout and a birdie filled nine-hole scramble on the Academy Course, King Valley and the boys from DiamondBack Golf Club found themselves deadlocked for first with 250 stableford points after a huge rally in the final round by DiamondBack.

The thought of a tie hadn’t crossed anyone’s mind until several of the players started doing the math in the parking lot after the round. And as the final results were double-checked in the Golf Shop at The Lake Joseph Club, the phone call went out to the three members of the DiamondBack team, who had packed their bags and left for Sherwood Inn, to turn their cars around and head back for a possible playoff. 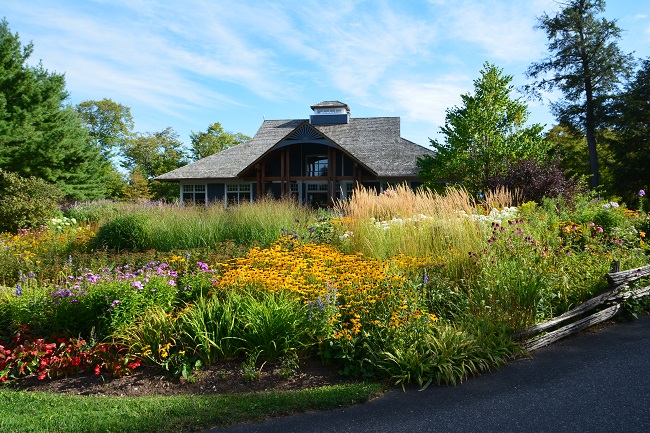 “I knew we played well in the final round, but I didn’t think we would be in the hunt for the overall championship. I was just finishing up my shower at the resort when I got the call to go back to the golf course for a playoff. It was quite a shock,” says Brett Gelfant, who took part in the playoff after racing back to the club.

After hustling back to Lake Joe, it was straight to the 1st tee on the Academy Course.

Graham Card hit first for King Valley landing his ball 40-feet from the pin and teammate James Jeon followed it up with a shot that finished 25 feet from the hole. Next up, DiamondBack. Gelfant’s ball came to rest 10 feet from the hole and Michael Hwang nailed his shot that spun back past the hole, had a real chance to be a hole in one, and stopped eight feet from the hole! Case closed, if you we’re taking odds in Vegas baby!

However, Card’s 40-footer dropped in for two – looking good the whole way! The pressure was back on DiamondBack after Jeon made par. Gelfant came up four inches short and Hwang lipped out as Card stole the show for King Valley – An incredible championship finish to another incredible InterClub season.

“It’s the best putt I’ve made in a situation like that. We’ll certainly be talking about that one for a long time. I thought at least one of the guys from DiamondBack was going to make birdie, but when I made my putt it flipped the pressure back on them and that was the turning point,” says Card, who took part in a playoff in the same event in Florida in 2017 and lost in a chip-off to his current teammate James Jeon, who was a member at Caledon Woods at the time. Other Members of the King Valley team include; Lou Iafrate, Ryan Irvine, Steve Meltz and Brett Beyba, in his first year as Director of Operations at King Valley. 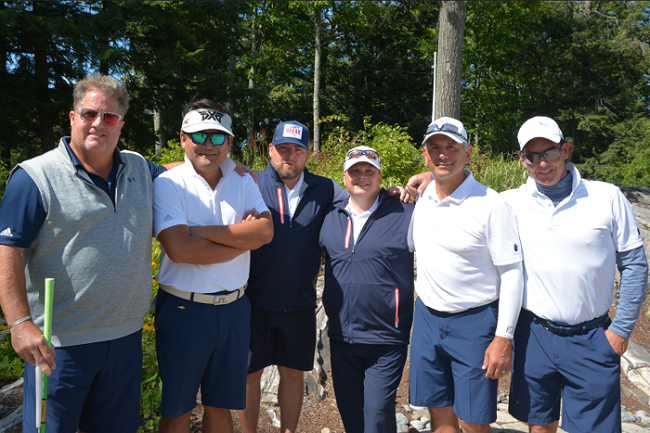 “It felt like one of those Tiger Woods Augusta moments, where you watch the ball roll towards the hole, and I could hear guys yell from the clubhouse balcony. “It’s looking really good, it’s looking really good” and all of a sudden it’s in before you know what’s happened,” Card added. “It’s great fun. We have a great team. We hang out with other great guys. The food is great. Muskoka is beautiful. Sherwood Inn is a terrific spot. There’s a lot more camaraderie in this format than in Florida because the guys have time to socialize and talk to each other.” All of the King Valley Members went home to rest for a day before teeing it up for two more days of fun in their Club Championship!

After the opening round, King Valley led by a single point at 119, followed by the defending champs from Hautes Plaines at 118, Greystone at 116 and DiamondBack 115. Following the Day 2 early morning three-person scramble on the Short Course, King Valley improved to a six-point lead over DiamondBack 135 to 129, followed by Hautes Plaines and Greystone tied for third at 128. 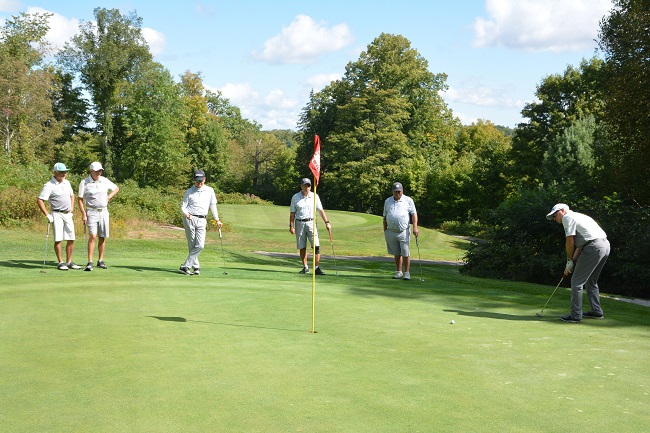 “To come back from a big hole like that and get into a playoff is pretty amazing. Nobody would have put any money on us to come back and tie King Valley in the final round. It was a great team effort,” says Paul Bertin, Men’s Club Captain at DiamondBack. “We have been in the final for the last three years in a row and this is our best showing. We never gave up, we fought hard and did our best. We lost to an exceptional putt by King Valley - what can you do? It’s been a great two days at Sherwood Inn and Lake Joe. Hopefully we’ll be back next year.”

Other Members of the DiamondBack team include; Henry Kim, Tariq Malik and Head Professional, Trevor Marko.

“We tried our best, but we came up very short,” says Sebastien Cote from Hautes Plaines. “We played with some really great guys from Greystone, Bethesda Grange and King Valley and had lots of fun and that’s what it really is all about.”

In the final standings, Greystone placed third with 243 points followed by Islesmere at 240, The Club at Bond Head at 236, Bethesda Grange at 232, Hautes Plaines at 230 and Glendale at 210.

“It’s my first time playing in the Men’s Interclub Finals and it has been a great experience. It’s a great opportunity to hang out with a like minded group of guys who like to have fun and play some good golf,” adds Trevor Wasney from Greystone. “The course, the accommodations, the food. Everything exceeded my expectations. The shootout under the stars was a nice touch. I had no expectations going in. You do your best with one shot in the day and everyone has fun with it. I had never played the Short Course before and the scramble on it was a great way to add to the competition.” 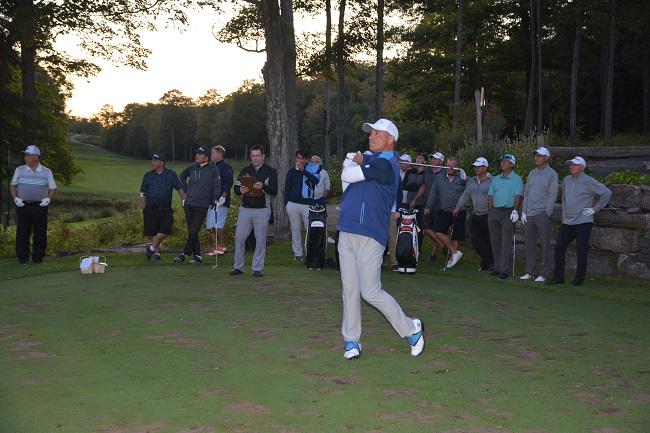 King Valley Members picked up $400 each in ClubLink cash for first and DiamondBack players went home with $250 each in their accounts. Two of the happiest participants were Ryan Irvine and Lou Iafrate from King Valley who won two of the three WestJet Shootout flights to win two tickets each anywhere WestJet flies. In the pro flight, John Larter from Bethesda Grange won a couple of tickets as well. 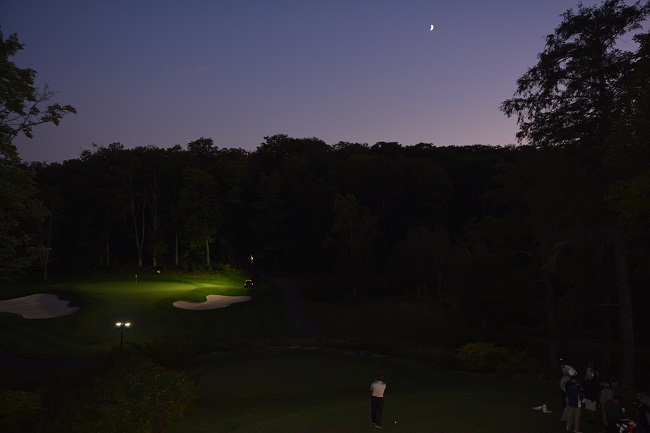 “It was a fantastic event. You’re standing there in the dark and you get one shot with all the players taking in the event under the spotlights. I had a good shot and zipped it back to about 12 feet from the hole to win my flight and then Ryan came along and won his flight by knocking it to 8 feet. He’s always trying to one-up me,” says Lou Iafrate. “That’s a pretty good night for King Valley and a great way to start the championship. Having Rod Black introducing everyone was a nice touch.”

The championship concluded with a delicious Champion’s Dinner at Sherwood Inn MC’d by Rod Black from TSN.