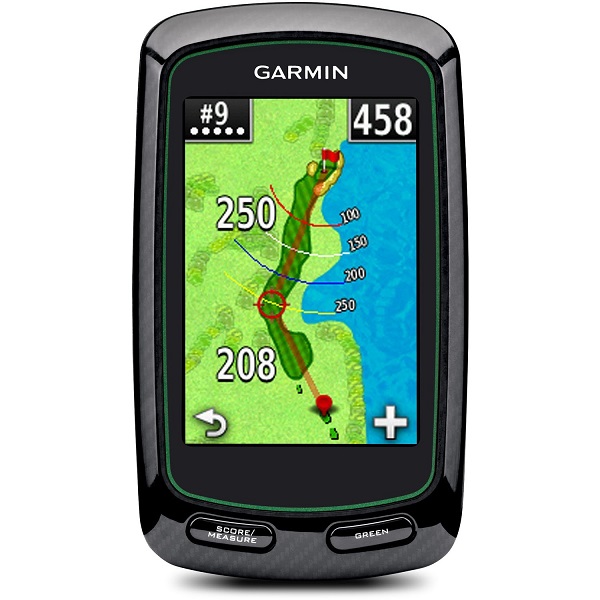 Golf equipment has continued to evolve over the decades, sometimes in incremental tweaks and sometimes with earth shattering force. The search for more distance and more control or even added convenience has introduced us to some truly innovative changes.

At a small gathering of avid golfers recently, the topic of best-ever golf inventions was raised, largely in response to a rather heated argument about whether new technology was really helping, or if it was just all marketing hype.

I asked each person to name one golf invention that had made a significant contribution to his or her game.

Two people said the beverage cart; one person volunteered comfort stations; another suggested cell phones; while still another thought it was spandex. Not exactly what I had in mind.

Anyone who played golf in the 60’s and 70’s (those are decades, not scores) will remember some of the stuff we used back then. It’s a wonder we could get around the course. As charter members of the dawn patrol, we’d head out with leather shoes and leather golf bags that would weigh several times their initial weight by the time we were done. Stand bags hadn’t been invented yet and it wasn’t uncommon to go through several pairs of shoes in a year. Not from a fashion sense – just because they rotted from all the wet.

The irons we have today weigh a fraction of what they used to and golf balls that used to curve several area codes over have been significantly straightened. In relative terms, modern golf equipment makes it much easier to play and more enjoyable. Golf still isn’t easy but each year it gets harder and harder to blame the equipment.

Following a little research and some deep thoughts, here is my Top 10 List of Best-Ever Golf Inventions (Modern Somewhat Non-Technical Version) or some of the things that have saved my game over five decades in golf:

As noted above, steel shafts today aren’t what they used to be. When steel initially replaced hickory back in the late 1920’s, it was said to be one of the reasons Bobby Jones chose to retire at the age of 28. Swinging the old steel shafts was like wielding a sledgehammer. You were exhausted after 18 holes. Modern lightweight steel shafts provide more stability and control; and each shaft is matched to the rest of the set, so you don’t have to adjust your swing to the club.

Call it a toaster on the end of a stick or a snow shovel. Whatever you think of it though, the modern titanium-headed driver has extended the competitiveness of most of us over 50. Think back to wooden drivers or even the first metal drivers invented by TaylorMade’s Gary Adams. The sweet spot was harder to find than your reading glasses and mis-hits went nowhere. These modern beauties have more technology than my first VCR and help me believe I can still play.

Karsten Solheim is the father of heel and toe weighted putters and his estate should get royalties from every other putter guru and club manufacturer on the planet. The PING Anser signalled a breakthrough in perimeter weighting that initially moved weight from the centre of the club face to the heel and toe. Eventually, the same technology was applied to other clubs in the bag too. Today, every putter utilizes Karsten’s invention. Original PING Anser putters stamped with the Scottsdale address are worth thousand of dollars, and rightly so.

When soft spikes were first introduced, they were an after-market product that could replace the metal spikes in traditional leather golf shoes. The early versions were made of a hard plastic that often did even more damage to the greens; and they weren’t much better at protecting carpets and hardwood floors in the clubhouse. To add insult to injury, the soft spikes still screwed into a threaded metal receptacle that added a lot of weight to your shoe. Eventually, the spikeless variety came along with a softer cleat and lightweight shoe. And they were completely waterproof. A boon to walkers everywhere.

The saying goes that even God can’t hit a 1-iron. Most of us have trouble with a 2, 3 and 4-irons too, not to mention fairway woods (or metals). Hybrids followed the introduction of great innovations like Adams Tight Lies that could get the ball up quickly from virtually any lie and land it softly on the green, an impossible feat to accomplish with any long iron. Initially, many Tour players put hybrids in their bag because they could better work the ball in either direction and hit a higher softer shot. Some of my friends who can’t hit a driver to save their life would classify their hybrids as “Most Valuable Club in the Bag!”

For a number of years in the 1990’s, chiropractors everywhere routinely cursed Sun Mountain and IZZO for the introduction of double bag straps. The idea of slinging 35 pounds or more onto one shoulder and slogging it up and down hills for four to five hours helped a number of them buy vacation homes and luxury cars. Once the double bag strap alleviated strained necks and backs, along with much lighter carry bags, cracking backs wasn’t nearly so lucrative.

Early pull carts dictated that golfers had to awkwardly trail one arm behind them and pull their two-wheeled cart along, adding excessive tension in their arm, shoulder and chest. The three-wheeled cart proved that it’s far easier to push something ahead of you than drag it behind you. And for those that still like to walk but want to maximize their energy, a motorized version of the three-wheeled cart or trolley, offers an even more comfortable solution to transporting one’s clubs.

If riding carts are considered the death of caddie programs, then rangefinders are the final nail in the coffin. Besides carrying and cleaning clubs, caddies used to dispense advice. Modern rangefinders and GPS programs on phones or in carts do a pretty good job of giving you that same information, even though they can’t tell you which club to hit or wipe the muck off your lob wedge. Best of all, so far rangefinders don’t talk back and don’t need to be tipped either.

For all the talk about how far the ball goes, modern agronomy is rarely mentioned in the same conversation with fitness routines, space-age technology and geometric design. But it only stands to reason that a ball will roll farther on short grass than in long grass and will bounce farther on a compacted fairway than a soft mushy one. Works great if you hit it straight but fast fairways just accentuate the problem if you don’t. Greens speeds too can be amped up to play like linoleum, thanks to mowers that can scalp the grass within a millimeter of burning out. If superintendents went back to using old mowers that left the fairways long and green speeds at a blistering 7 on the Stimpmeter, most golfers would quit in frustration.

The golf world split into two unequal parts back in the 1960’s with the introduction of Surlyn. It was cut-proof and became the standard for distance balls. Most bunters and chops chose Surlyn balls. Real players persisted with balata, which could spin more but could produce a happy face at the merest hint of the leading edge of a club. They scuffed easily and cost a lot more. Pro V1 changed that with the introduction of Urethane covers, a thinner durable material that still produced ample spin around the green, didn’t cut and also offered improved characteristics on full shots. They still cost more though.

That’s my list. If I’d had that stuff when I was a kid, I coulda bin a contender.