Get your game glowing 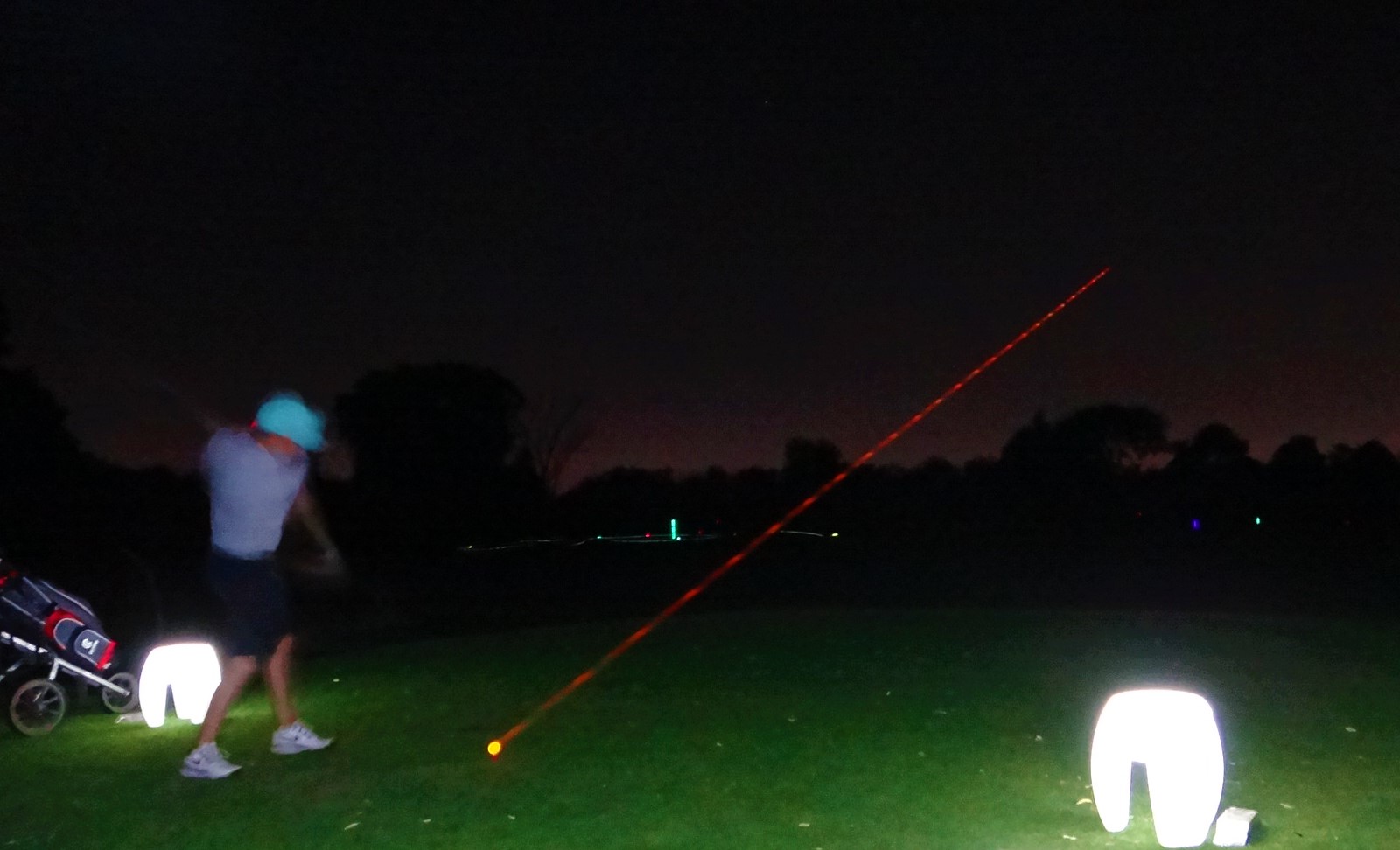 What would you think if a golfing buddy texted telling you they’ve booked a tee time for 9:20 p.m.? Surely that’s got to be a mistake… or maybe you’re just in Edmonton where the summer days are long.

More than likely your friend has booked a tee time for night golf. It can come in a lot of different forms but the one closest to us would be a Nitelinx event at Rolling Hills. On Friday, July 17, and 24, Rolling Hills held Nitelinx events on its Challenge Course.

Nitelinx is an event company that uses LED golf balls, and LED string to transform the golf course into a fluorescent glow-in-the-dark golfing playground. Both July events sold out which is typical, but this year tee times are selling out extremely quickly. 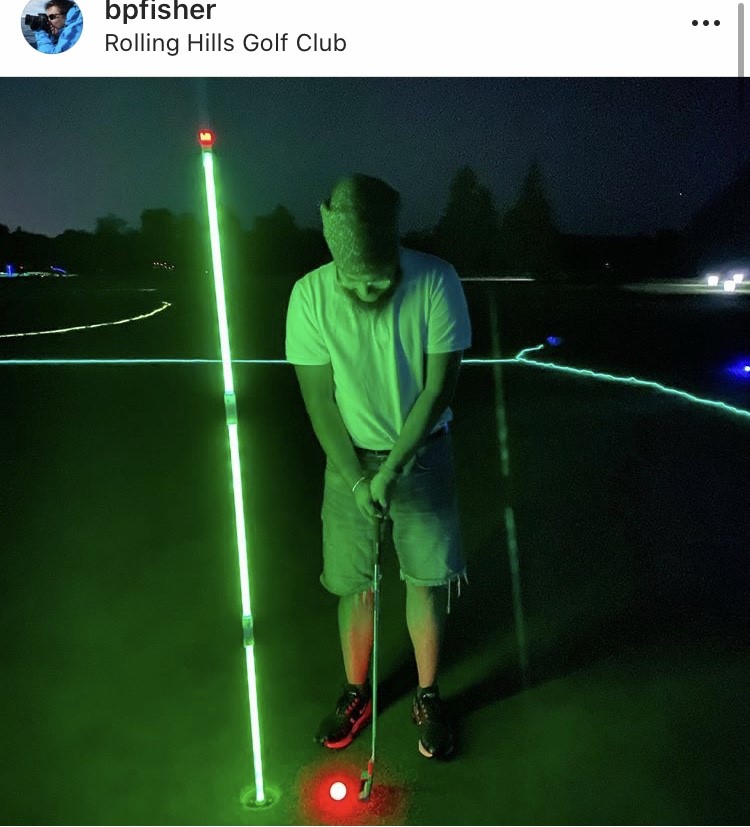 “We pretty much sold out immediately for the 17th, so we added more tee times. The last tee time was 12:10 a.m., but those sold quickly so we added the 24th. That sold out really quickly as well,” said Rolling Hills Food and Beverage Manager Chris Walsh.

For J.J. Barnicke, who played in the event on the 17th, it was his first-time playing night golf, and he’s always wanted to, so he moved quickly. “I saw the post on the Rolling Hills Instagram, and I’d say it had only been up for about 20 minutes. I jumped on it and booked a foursome right away.”

When players arrive, at what else, a glow-in-the-dark drive-thru registration, they’re given some clip-on lights to illuminate themselves. After players are suited up in the parking lot, they head across the street to the Challenge Course’s first tee. There they check in and receive a pull cart, and an LED ball, which… pardon the pun, is the star of the show. If they’re lucky, they’ll see the tee time before them tee off. 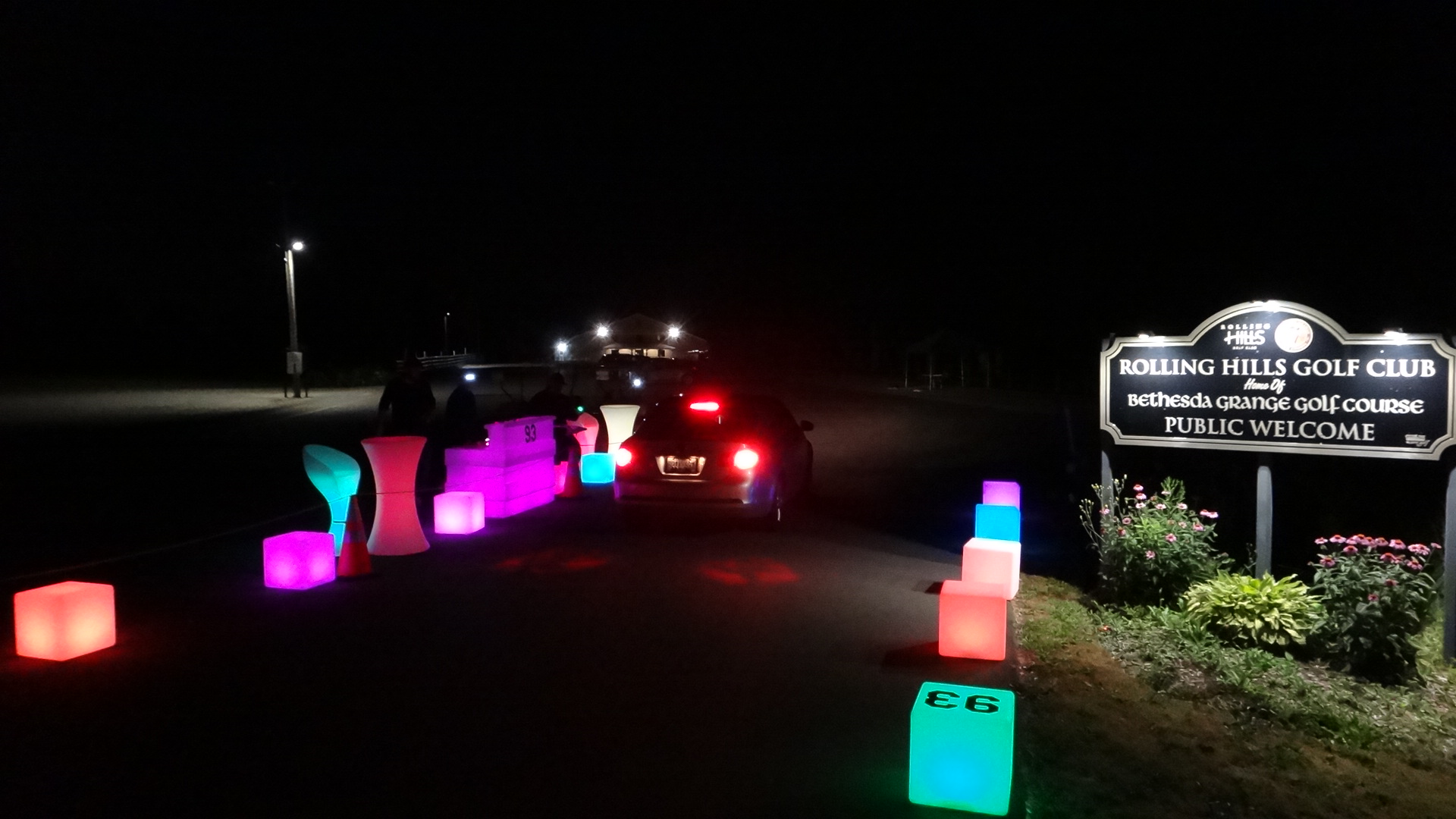 “For the new players it is great to hear their ohhs and ahhhs and general excitement for the event,” said Walsh.

The LED golf balls are so bright they’re best described as a light shaped golf ball. The glowing ball looks impossibly big in the dark sky. A good hit sees a beautiful arc and some healthy bounces on the invisible ground. If untouched the ball will stay illuminated for 30 minutes which gives plenty of time to find wayward shots. You don’t need that much time though as if the ball ends up in the brush or fescue balls are easily seen even from a distance. Extra golf balls are available for purchase, but it’s recommended that you only need to buy one extra ball per group. 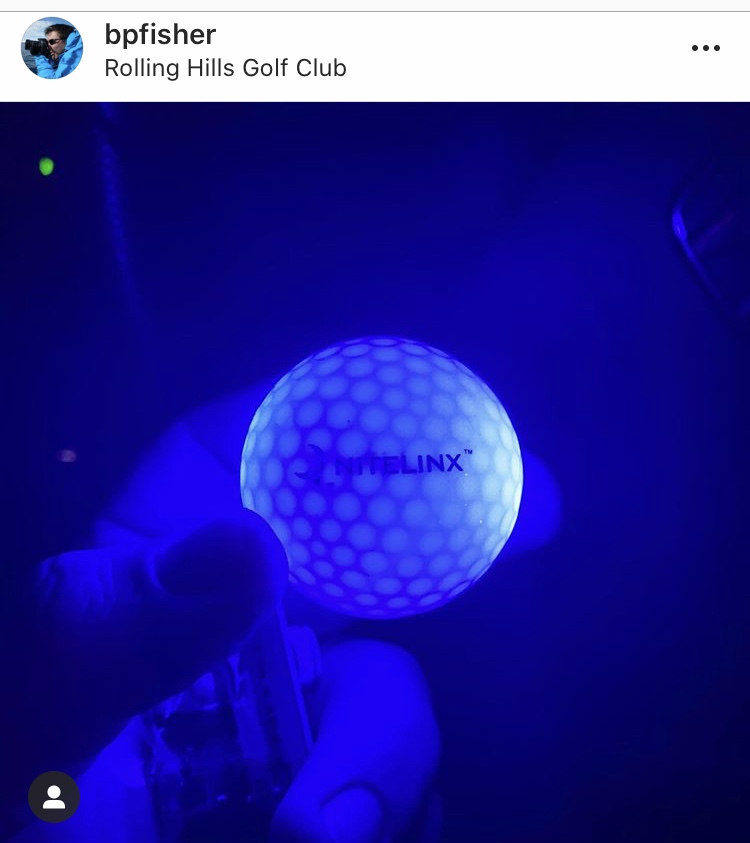 When asked for advice for new players Roman Nosenkis from Nitelinx suggested players, “adjust for ball distance, or play a little short of the pin because it’ll roll once it hits the green… stuff like that. The balls travel 10-15% less than a normal ball. We suggest adding one extra club on short irons and two clubs to mid and long irons.”

So, what is the night golf experience actually like? It’s hard to show in pictures, well, because it’s nighttime. But rest assured… in person, everything is very bright.

“We use about 100 lights which include tee markers, yardage markers, flags and LED light tripods,” said Nosenkis. “And approximately 10000 - 12000 feet of electroluminescent (EL) wire is used to outline the course.” 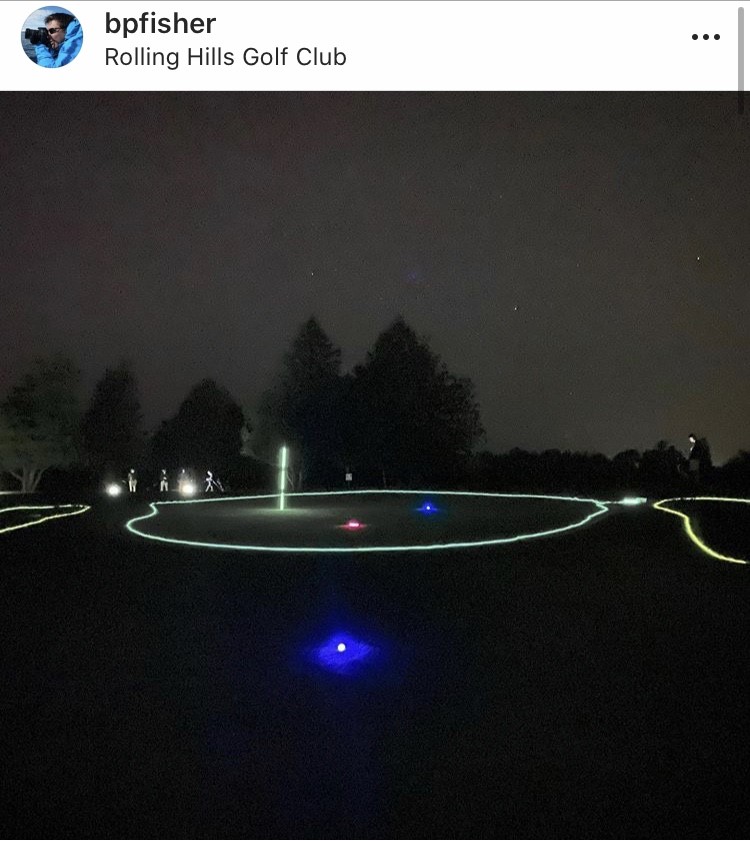 The tee boxes are white glowing cubes, and three stakes on either side of the fairway mark 200, 150, and 100 yards from the green. Greenside bunkers are outlined in yellow EL wire, and the green is outlined in green EL... duh.

“Overall, it's a pretty relaxed atmosphere. Lots of fun for golfers as they actually get a very good look at their ball flight,” said Nosenkis.

The other major alteration is that the Challenge Course is paired down to 12 holes to keep the round timing reasonable and to avoid water hazards.

The next night golf event at Rolling Hills is on Friday, September 4.  Check out the Nitelinx and Rolling Hills Instagram to find out how to sign up.